In my earlier posts, I’ve looked at the differences in mysteries, suspense, and thrillers. Today, I want to take another look at thrillers: what they are, their components, and some of the different types.

Like any post I do on a literary genre, I feel I need to give some caveats. Just because a story is put in a certain genre doesn’t mean it has to have all the usual parts. Having all the parts doesn’t insure a great read. And missing some of the regular components doesn’t mean the story is inadequate. And once the critics feel they have a genre pegged, an author is going to come and put a unique spin on the category, blurring the lines once again.

What is a Thriller 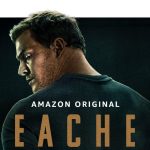 A thriller is a crime fiction story where the reader is more concerned with the how than the who. Instead of trying to answer a riddle, they follow the action to see if the hero or heroine captures the criminal, stops a crime, or saves the world. Think Jack Reacher. These stories are often a combination of mystery and horror.

Instead of being caught up in a mystery’s clues, a thriller grabs you by the neck with tension and anxiety and forces you on a wild ride.

According to the International Thriller Writers, a thriller is characterized by “the sudden rush of emotions, the excitement, sense of suspense, apprehension, and exhilaration that drive the narrative, sometimes subtly with peaks and lulls, sometimes at a constant breakneck pace.”

Mysteries use facts and information, thrillers use emotions. Often in a thriller you know who is doing what at the beginning. But how are they stopped or captured, or are they?

Now if this was a mystery, she would meet the tin man, the scarecrow, and the wolf and we would try to figure out which one wanted to steal Granny’s lunch before they revealed themselves by jumping out of the closet.

A mystery is often character driven. The writer makes us care for the sleuth, then we want to see how she discovers the criminal. A thriller is more plot driven. They make us sit on the edge of our seats, munching more popcorn.

The Components of a Thriller

In every genre, there are literary devices, tropes, that the reader expects to find in the story. Dan Brown, in his Masterclass on thrillers, names three things every thriller should contain.

In Thriller, a 2006 collection of short stories by some of the genre’s top writers, James Patterson writes in the Introduction, “Thrillers provide such a rich literary feast. There are all kinds. The legal thriller, spy thriller, action-adventure thriller, medical thriller, police thriller, romantic thriller… The list goes on and on, with new variations constantly being invented. In fact, this openness to expansion is one of the genre’s most enduring characteristics.”

In 2018, Forbes Magazine said that crime fiction accounted for the vast amount of printed books. And thrillers don’t seem to be going anywhere soon. As our world gets more overwhelming and stressful with politics, global warming, war, and health concerns, many are desperate for something that will give them a break. A temporary escape. A refuge.

The stories can also be a window into our society. A view into how current news stories can affect the people involved.

“(W)hat gives the variety of thrillers a common ground is the intensity of emotions they create, particularly those of apprehension and exhilaration, of excitement and breathlessness, all designed to generate that all-important thrill. By definition, if a thriller doesn’t thrill, it’s not doing its job.”

If you found this interesting, please share. And consider subscribing to my newsletter that comes out semi-monthly. Thank you for reading.