The Development of Spy Novels

Who can forget how Ian Fleming introduces his British secret agent in the legendary “Casino Royale”? 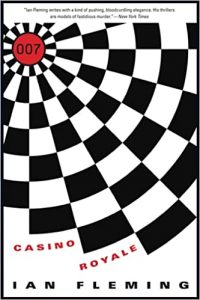 This book introduced the world to the handsome, classy, suave, highly intelligent M16 agent with an assassin’s heart of stone. It birthed a franchise that numbered fifteen books that Ian Fleming wrote, and additional over thirty-one novels written after Fleming’s death by an assortment of authors including John Gardner, Raymond Benson, and Anthony Horowitz. As well as over twenty movies spanning over 60 years. (Check the fashions.)

Spy novels emerged in the early twentieth century and have have remained very popular. The stories involve the clandestine activities of agents often between major world powers. The genre has been very popular on both sides of the pond, as well as in Asia.

The themes of the story are similar to the adventure novels, thrillers, and politico-military thrillers. The hero, in the early novels the protagonist was nearly always a male, was often a government agent racing against time to thwart an attack or uncover the enemy’s plan in order to save lives—if not the world.

Commentator William Bender, in his “The Bible as Literature”, stated that “Chapter two of the Hebrew Bible’s Book of Joshua might count as the first spy story in world literature (…) Three thousands years before James Bond seduced Pussy Galore and turned her into his ally against Goldfinger, the spies sent by General Joshua into the city of Jericho did much the same from Rahab the Harlot.”

Well, the spy novel as we know it today emerged a little later than that. James Fenimore Cooper wrote “The Spy” in 1821. Its story was set during the American Revolution and was inspired by the patriot John Jay.

One of my favorite early spy novels was “The Scarlet Pimpernel” (1905), by Baroness Orczy. It detailed the daring adventures of an English aristocrat, with a turn for poetry, who rescued French aristocrats during the French Revolution. Who could ever for get the costumes and Jane Seymore.

The term, spy novel, was defined by “The Riddle of the Sands” (1903) by Irish author Erskine Childers. It established a formula that required verifiable detailed descriptions.” The story is about two buddies on a boating holiday who discovers plans for a German invasion of the British Isles. With the pre-war tensions of the times, the novel struck the nerve of the public.

The secretive and tense times of the Second World War and the Cold War made the reading public ripe for the most thrilling tales. The writers didn’t have to worry about sticking to facts because no government was going to verify conjectures regarding possible national secrets. Many spy novels were really thrillers with little resemblance to actual spy work.

And that was fine because the majority of readers recognized that the stories they were enjoying were mainly for a form of escape. But after WWII, many actual and/or self-claimed agents began to write their stories.

One of the most popular novelists who really had a career in intelligence went by the name John le Carre. Partly in response to the flamboyant 007, he wrote several novels about George Smiley, (Find list of Smiley books here.) Smiley was an anti-heroic main character who struggled with the ethical issues involved in espionage and the sometimes-required immoral acts.

Over on Crime Reads (See the article here.), Alma Katsu gives us “The Best Spy Novels Written By Spies, according To a Spy”. After a career totaling over thirty years as a retired intelligence professional, she had her first spy novel, “Red Widow”, published this year. She sums up what makes a spy novel so attractive. “The heart of a good spy novel is not the caper but the personal or moral issue facing the protagonist. In a nutshell, that is the spy business, particularly on the clandestine side. You are constantly asking yourself, ‘Am I doing the right thing?’”