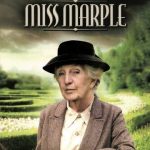 In 1927, Grand Dame Agatha Christie introduced to the world one of the most popular mystery characters, Miss Jane Marple. In the short story, ‘The Tuesday Night Club’, ‘she is an elderly spinster who has lived most of her life in St. Mary Mead. She often acted as an amateur consulting detective. Most people saw her as a dithering old bitty with her dated clothes and her knitting until she surprised the male police officers with her wisdom and knowledge.

In the earlier books, the townspeople wrote her off mostly as a gossip. Yet she had a keen sense for understanding human nature and using her insights of village life to explain the actions of criminals. The later stories show her as a kinder and a more modern person.

The Tuesday Night Club is a venue where the local citizens discuss crimes that have not been solved. The group includes retired Scotland Yard Commissioner Sir Henry Clithering. Sir Henry showed up in later books as her supporter when she encountered lesser officers who didn’t want to listen to an elderly woman.

Also in the group was Miss Marple’s nephew, Raymond West, a famous artist who was often embarrassed by his aunt, but also helped support her.

One night, they invite Miss Marple to join the circle, astounding the others with her acuity for understanding the motives behind the criminals 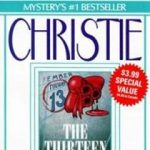 . The ‘Tuesday Night Club’ became the first chapter of the novel, ‘The Thirteen Problems’, which came out in 1932.

This was the Golden Age of fiction detection in Britain. Most of the detectives were white males. Christie had already written about her Belgium detective with “the egg-shaped head” and she was worried how her readers would react to her new character. Miss Marple was an immediate success. Christie followed up with eleven other novels and twenty-three short stories.

Miss Marple was never married. In ‘Sleeping Murder’, Christie described her as “an attractive old lady, tall and thin, with pink cheeks and blue eyes, and a gentle, rather fussy manner.” She had sisters, but her family, except her nephew, were not part of the story. Marple often sat alone with her knitting in her lap, and always listening.

Although the stories ran from 1930 to the last novel, ‘Sleeping Murder’ in 1976 (published after her death), Christie didn’t show Miss Marple aging. Some of her values did change with the times.

Christie once state that the character of Miss Marple “was not in any way a picture of my grandmother; she was far more fussy and spinsterish than my grandmother ever was.” But her autobiography made the connection between Miss Marple and her step-grandmother, Margaret Miller (Auntie-Grannie). Both of them “expected the worse of everyone and everything, and were, with almost frightening accuracy, usually proven right.”

Christie, also, was never clear where the name Marple came from. It may have come from Marple Hall, near Christie’s sister Margaret Watt’s home at Abney Hall. Or it could have come from the Marple railway station located in Stockport, which she would have passed regularly.

Miss Marple lived in the English of St. Mary Mead, a fictional village in the fictional county of Devonshire in ‘The Murder at the Vicarage’, but later said to be in Radfordshire (‘The Body in the Library’). She lived in Danemead Cottage, the last cottage on Old Pasture Lane. Her telephone number is “three five”.

Doesn’t this sound just like the description of an early cozy?

Most of her stories are set in the small. English village. ‘A Caribbean Mystery’ differed in that Miss Marple’s nephew arranges for her to join him for a Caribbean get-away when she gets involved in the murder of a Major.

A stage adaptation of the ‘Murder at the Vicarage’ was first seen at Northampton on October 17, 1949. It reached the West End in London in December.

In 1961, a sequence of films, starring Margaret Rutherford, aired. They were light comedies only slightly based on the novels and disappointing to Christie. While Rutherford was in her sixties, she showed Marple as a bold character and having a job.

Miss Marple showed on American television in 1956. Played by Gracie Fields, a British actress and singer, the episode of Goodyear TV Playhouse was based on ‘A Murder Was Announced’. Helen Hayes took on the role in two television movies: CBS: A Caribbean Mystery (1983) and Murder with Mirrors (1985). Sue Grafton contributed to the screen play for A Caribbean Mystery.