“Just the facts, Ma’am.” Joe Friday delivered this line in his flat, robotic tone every week on the TV series, Dragnet. Dragnet aired two different times, once from 1951-1959 and then in 1967-1970. Detective Joe Friday of the Los Angeles Police Department was played by Jack Webb, who was also the producer.

Dragnet, and the similar show Adam-12,  are great examples of one of the more popular genres in mystery,  the police procedural. These books and shows centered on the work of the police, usually focusing on one individual but highlighting more their time on the job and working with others in the department than on the person’s personal life. It is the life and environment of a police officer that the reader is interested in, rather than an individual. Although how much this is carried out varied with the series.

Although cop shows have been common on TV, even today, I want to focus on the novels and their authors.

One of the key features of the police procedural genre is the attempt to accurately show and tell the profession of law enforcement, including such details as forensics science, the proper way of gathering evidence (do you put a specimen in a plastic or paper bag), autopsies, search warrants, and sticking to legal restrictions and procedures.

Another feature is the importance of setting. Whether it is set in a city, a small town, a national park, or another planet, each setting will have its different rules, characters, and problems. Setting it in a small town three-person police department would require different procedures from a large city department with tens of thousands of officers. 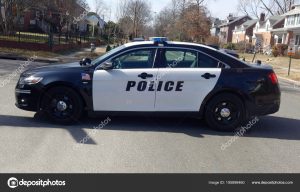 According to a Crime Reads post by Otto Penzler, there are three different types of police novels. (As with most things in literature, the lines between are constantly moving and blurring. That is one of the fun things about being a writer.)

1. The policeman is called in to solve a crime and works alone. I often see this with small town cops, but it can also be done in a city. Especially if they have a particular specialty. But remember, one of the identifying marks to the genre is the individual needs to work within their department and abide by its procedures and policies. And not be a lone wolf.

2. The entire squad works together to find the criminal. Some of the novels with Harry Bosch by Michael Connelly are examples of this. Often, there are the street cops in uniforms, followed by detectives, medical examiners, forensic experts, psychologists, sketch artists, etc.

The Rozzoli and Isles series by Tess Gerritsen is a lot like this. The main characters are Boston Homicide detective Jane Rizzoli and Chief Medical Examiner Dr. Maura Isles. We see their close relationship, but also how the team of officer work together on the cases.

3. The most literary type of this genre is the novel that looks at the officers involved in the investigation. These characters do not follow procedure. The focus is on the lives, motives, and personalities of the members of the police force.

Police procedurals date back to the early days of police work. In the classic English mysteries, like Agatha Christie’s, there was a public disdain for the city police, especially by the upper classes. One of the earliest police procedural novels was written by Wilkie Collins in the mid-1880s. He wrote about a Scotland Yard detective investigating the theft of a diamond.

As the popularity of detective fiction rose in the late 19th and 20th centuries, most of the characters were private investigators or amateurs. There were characters like Hercule Poirot who, although he was a retired Belgium police officer, he worked more as a private investigator. And as in many of the stories of the time, the police would be unable to solve the crime and find the criminal until the amateur came to the rescue.

It was after World War II that the police investigators began to rival the amateurs. This was largely due to police work becoming more of a profession and using ever increasing scientific methods for evidence. There was also an increase at this time in the popularity of police in movies and on TV.

The key to most of these early books were that the cops was the heroes, often putting their own lives at risk to catch the criminal. As the sixties and seventies continued, we saw the development of the corrupt cop. Someone who saw themselves as above the law and thinking they can take shortcuts to find their brand of justice. 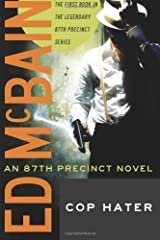 One of the most prolific authors of police procedurals is Ed McBain, the pseudonym of Evan Hunter. McBain is the author of the 87th Precinct series set in the central district of Isola, a fictional city based on Manhattan in New York City. In interviews, McBain admits that his series is influenced by Dragnet.

Although the series is centered on the cooperation of all the officers in the precinct, it usually focuses on a few different detectives. The most significant role went to Detective 2nd Grade Steve Carella. Honest, persistent, smart but not a genius, it was working with his team that helped him solve the many cases they face. Like in real life, many stories followed more than one case in a novel.

James Patterson is another prolific writer of procedurals. Some of his police officers include Alex Cross, Michael Bennett, and the Women’s Murder Club. Alex Cross is a Metropolitan Police Department detective in Washington, DC. The series began in the 1990s. The Women’s Murder Club is a little different from the majority of book in this genre. It is based in San Francisco and has over 20 books in the series.

First, all the main characters are women. Even though women are being more included in the novels, police procedurals still weigh heavily to being all about males. We see this today even as women become a bigger part of law enforcement.

To show the range in the genre, Tony Hillerman created his Leaphorn, Chee, and Manuelito series. Since his death in 2008, his daughter Anne Hillerman has taken over the series that numbers over twenty novels. Leaphorn and Chee are Navajo Tribal Police Officers who work in the Four Corners area of New Mexico and Arizona. This is a great introduction into life on a Native American reservation.

What Procedurals Give Us

Police procedurals give us a window into the lives of flesh-and-blood men and women who don their uniforms each day to go out and face whatever happens. They are part of a family who hopefully are looking out for each other. There are exceptions to this who need to be exposed.

Police have to watch a thin line between right and wrong, often entering a world or situations where the rules may not be real clear. And doing this now in a society with ubiquitous cameras.

Procedurals can help us better understand what an officer has to leave through. But be careful, no matter how careful a writer is at staying true to the procedures and practices of an officer, there is a huge difference between the life of a character on a page and life on the street.