The Creation of Nancy Drew 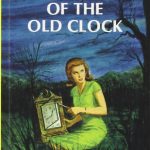 In 1930, Nancy Drew, the brainchild of Edward Stratemeyer, made her first appearance in the book, The Secret of the Old Clock. No one could have imagined the character’s popularity. The series ran from 1930 to 2003, with a total of 175 different titles. But this is only one of thirteen different series that featured the brave, female amateur detective. The publishers have sold at least 80 million copies of the Nancy Drew Mystery series in over 45 languages. As of July 2021, Nancy Drew has appeared in 13 different series and in 613 books, with books based on the character still being published.

Edward Stratemeyer was born in 1862 in Elizabeth, New Jersey, the youngest of six children of German immigrants. Although his parents were German speaking, the family spoke English at home. Growing up, he read Horatio Alger and William T. Adams, writers whose stories involved rags-to-riches tales of young Americans.

He became an American publisher, writer of children’s fiction, and the founder of the Stratemeyer Syndicate. One of the most prolific writers in the world, he produced over 1300 books and sold over 500 million copies. END_OF_DOCUMENT_TOKEN_TO_BE_REPLACED