What do we really know about John le Carré? 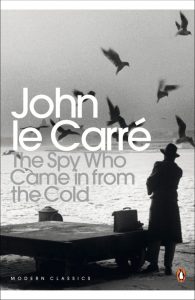 The Spy Who Came In From the Cold

John le Carré is one of Britain’s most popular spy novelists. In 2008, The London’s Sunday Times listed as 22nd in the fifty greatest British writers since 1945. He has written over 25 novels and a memoir in a career that spanned sixty years, from 1961 to his latest, Silverview, which is being released in October 2021. His books have been nominated for a long list of awards and several have been made into movies including: “The Constant Gardener”, “The Tailor of Panama”, “The Spy Who Came In From the Cold”, and “Tinker, Tailor, Soldier, Spy”.

He introduced millions of readers into the secretive world of espionage. END_OF_DOCUMENT_TOKEN_TO_BE_REPLACED