The Culinary Cozy or recipes to a kill for 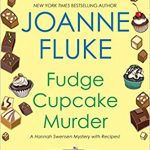 For some time, I’ve wanted to do an article about the culinary cozy mystery. These are cozy, and some not so cozy, mysteries that include food and recipes as a major part of the stories. But with all the entries in the culinary cozy genre, where would I even begin?

I’ve been a huge fan of the Hallmark Movies series with Hannah Swenson, based on the books by Joanne Fluke. The baker sleuth is always looking to bribe a potential witness with just the right cookie or brownie. That has the local police department eating out of her hand. (Pun intended.) Of course, I would have to look back at the gourmet and gourmand, Rex Stout‘s detective, Nero Wolfe. He even had his own private chef, Fritz.

But the culinary cozy holds a special niche for many readers. It usually involves a quiet picturesque town or village, quirky characters, and customers who aren’t worried with their waistlines. (That’s probably why you will never see one set in Hollywood.)

But I recently came across a post at the Mystery Scene website, Murder on the Menu by Kevin Burton Smith. In it, he does a great job of looking at the different culinary cozy series and writers. Kevin’s knowledge of all thing’s crime fiction is mind-blowing. So, I’m posting a link to his article and will let you enjoy his list of culinary crime novels, cookbooks based on mysteries, and even a tasty sounding recipe.

Yes, cookbooks. (Thought I had slipped it passed you.) Many of the series have collected the recipes in their books into a handy cookbook. And although one of my favorite cozy series didn’t have recipes, there were a lot of meals, so The Cat Who…Cookbook was written. (With a special section on cooking for cats.)