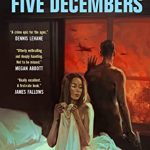 On April 28, the Mystery Writers of America announced the winners of the 76th annual Edgar Awards in New York City. The awards, the Edgars, honor the best in mystery fiction, non-fiction, television, film, and theatre published or produced in the previous year.

This year’s winners were:

The Twelve Lives of Alfred Hitchcock: An Anatomy of the Master of Suspense by Edward White (W.W. Norton & Company)

“Boots on the Ground”-Narcos Mexico, written by Iturri Sosa (Netflix)

(For the best first mystery short story by an American author.)

(For a book in a series with a main character has to feature a female protagonist who has the hallmarks of Sue’s writing and Kinsey’s character.)

(For a book most closely written in the Mary Higgins Clark tradition.)

(Represents the pinnacle of achievement in mystery writing and was established to acknowledge important contributions to the genre, as well as for a body of work that is both significant and of consistent high quality.)

(Established in 1983 to honor “outstanding writing teams and outstanding people in the mystery-publishing industry.)

You can also find the link to the nominees here.