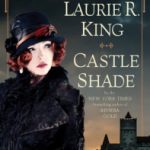 The Mystery Writers of America announced that they have chosen Laurie R. King to be their 2022 Grand Master at this year’s conference. The awards she’s won, how her novels have influenced the crime fiction canon, and her writing longevity, all together make her a fitting recipient.

Laurie R. King was born in 1952 in Oakland, California. On her website, she said she was the third generation in her family native to the San Francisco area. Her family moved so much as she was growing up that it wasn’t until she was in high school that she attended the same school in consecutive years.

In an interview for Mystery Scene in 2009, she said, “That, if nothing else, turned me into a reader, which turned me into a writer.” On her website, she said she read through libraries up and down the west coast. END_OF_DOCUMENT_TOKEN_TO_BE_REPLACED