Many of our best detective fiction writers point to Robert B.  Parker as a major influence on how and what they write. Parker first became 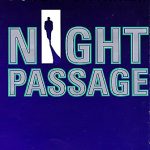 popular with his Spencer series. But it was his later Jesse Stone series that showed us how deep and multi-layered a troubled officer could become.

Parker introduced us to Jesse Stone in his novel, Night Passage, END_OF_DOCUMENT_TOKEN_TO_BE_REPLACED