The locked room mysteries, also known as the impossible crime or closed-circle mystery, is not really a genre. But the popularity of this type oif story can’t be argued.  As the name implies, the crime, usually a murder but can be a robbery, occurred in a room that is found locked or otherwise sealed. 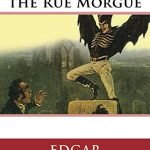 One of the earliest examples of the locked room mysteries is The Murders in the Rue Morgue, by Edgar Allan Poe. Poe’s C. Auguste Dupin and the unnamed narrator became interested in a newspaper story of a lady and her daughter who the authorities found dead in their fourth story room. The mother had many broken bones and her head fell off when they moved the body, while someone strangled the daughter and stuffed her up the chimney. The officials found the room locked from the inside, meaning the key would be inside the room. I will let you discover how Edgar handled this on your own. END_OF_DOCUMENT_TOKEN_TO_BE_REPLACED