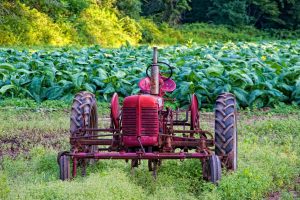 The rural farmland of North Carolina is one of the last places one would go to find the lead in a modern mystery series. Yet that is exactly where Margaret Maron finds the lead of her Deborah Knotts series. The series lasted over 20 books and had a very promising start with the first book in 1992, Bootlegger’s Daughter, winning four of the top awards given out each year in the mystery field, the Edgar, the Anthony, the Agatha, and the Macavity.

I got in early on the series and felt like I had found a new family. I love studying the family dynamics in a story. One of the things I like about the Murder, She Baked shows on Hallmark is how Hannah Swenson’s mother and sister are always butting into her personal life. Funny and it comes off as so real.

Knotts’s family gives us a lot to study. She’s the youngest of twelve children. And the only daughter. Of course, all of the brothers feel they are responsible for her. At least that was what their parents told them when she was a child. And there’s one thing about families, we never let the younger grow up.

Several of her brothers are old enough to be her father and aren’t afraid to step into that role, whether she asks them to or not. With all the brothers, in-laws, nephews and nieces, cousins, etc., there are always things going on someone would rather kept hidden. The family dinners remind one of the closeness of the Ragan family on Blue Bloods on steroids.

But let’s be sure to not make one mistake, this is not a family of angels and Deborah knows it. She isn’t surprised when one of her cousins or other family member appears before her bench. And they know she will be fair, but she won’t be walked over either.

Not only does Deborah come from a large family, she’s also in politics. She is a District Court judge in fictional Colleton County. She is constantly having to run for votes, keeping on her toes and with a smile pasted on her face. Her court cases can get her into quite a pickle, inside and outside the courtroom.

Add to all this, her father was a well-established bootlegger even beyond the county lines. ( I know, the title of the first book gave this away. But it’s still good.) Deborah is continually finding that old roots run deep. And grow into interesting places.

These are the kind of stories that you can lose yourself in. You don’t turn the page to get to the end of the book but to see what happens next. Coming to the end was always disappointing because I didn’t want to leave the community Maron makes.

I like how we are allowed to see Deborah age and mature. We watch as she goes through a lot of not-right relationships. When she does find the right one, will she get her brothers to go along with it? And we see how the cases change not only herself, but her family and those and her.

I also like to see a series that continue after the marriage. She does get married later in the series and their relationship, a judge and a cop, adds so much spice. So many stories seem to either never let the star settle on someone, or when they do, end the series. Writers seem to think that once they get married, there is no more romance and no more excitement. Oh, how little they know. And how much conflict we miss. 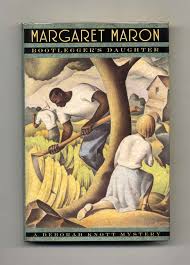 This is only one of two series Margaret Maron has written. I like to think she brought a lot of herself in creating Judge Knott. She told, in an interview, how she “grew up on a modest  two-mule tobacco farm that had been in the family for over a hundred years.” She went home and lived on a corner of the family farm.

She wanted to character to be a “young woman with one foot in the agrarian past and one foot in the urban present.” You can see this in how Deborah feels the strength and history when she walks around the farm.

Having grown up on a peach farm in South Carolina foothills, I know the whisper of the land when you go back. Things have changed greatly, our orchards and her tobacco fields are gone, but there is more to that land than just the crops. You feel this in her books. And you can understand why so many issues concerning our farmlands affect Deborah and her family so strongly.

But the best thing I can say about  Judge Deborah  Knotts is she is the sister or sister-in-law many of us would love to have. To a point. She also isn’t going to let you get by with anything, which a lot of people in the stories are sad to discover.