“My name is Kinsey Millhone. I’m a private investigator, licensed by the state of California. I’m thirty-two years old, twice divorced, no kids. The day before yesterday, I killed someone and the fact weighs heavily on my mind…”

—Sue Grafton, A Is for Alibi 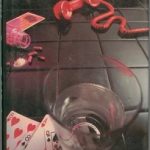 A Is For Alibi

Kinsey Millhone first came to the pages of crime fiction when Sue Grafton created her in 1982 for A Is for Alibi. A former police officer turned private investigator, Kinsey was one of the earliest female investigators along with Sara Paretsky’s V. I. Warshawski. The novels make up the extremely popular Kinsey Millhone Alphabet Series.

Grafton set the stories in Santa Teresa, California, a fictionalized town based on Santa Barbara, California. Although books came out nearly a book a year, Grafton minimized Millhone’s aging by having each of the character’s years covered in three books.

Millhone was the model of a modern female detective, feisty and smart but not above going against the rules.